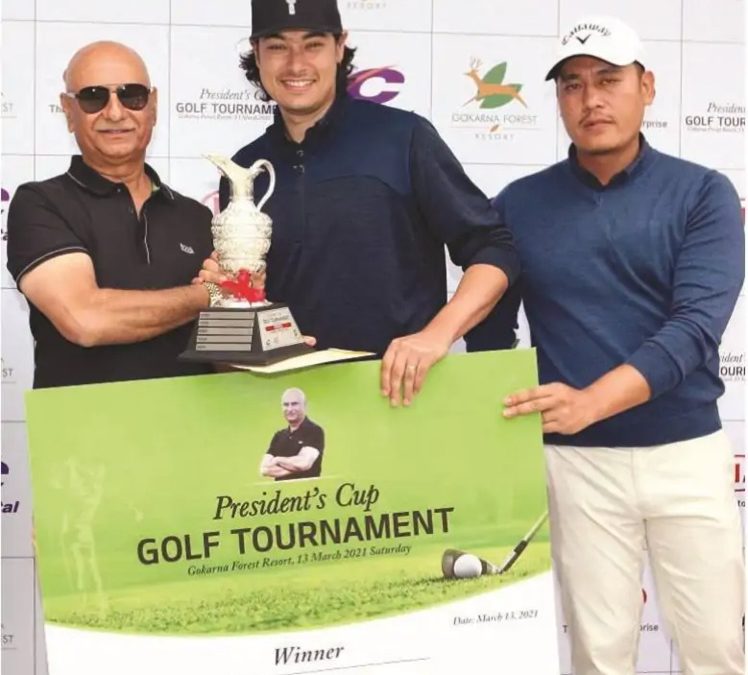 Einhaus, who carded five birdies on the sixth, seventh, 12th, 17th and 18th holes – also received the most birdies award.
Ravinder Saini finished second on count back after he was tied on 39 points with Jigme Dongstetsang.
Saini had scored 21 points on the latter half, while Dongstetsang had 17.Tashi Tshiring won the gross section title on count back after he wastied on 37 points with Sam Doublard.

Tshiring finished first with the score of 20 points on the back nine, whereas Doublard had earned 17 on the latter half. Kashmira Shah claimed the women’s section trophy with 40 points, while Sonam Ongdi Lama was a distant second with 28 points.
Honorary Consul of Mangolia, Tsetan G Shrestha won the senior section award with 34 points. Madhav Simkhada and Sam Doublard won the closest to the pin and longest drive awards respectively.